The Power of Surrender 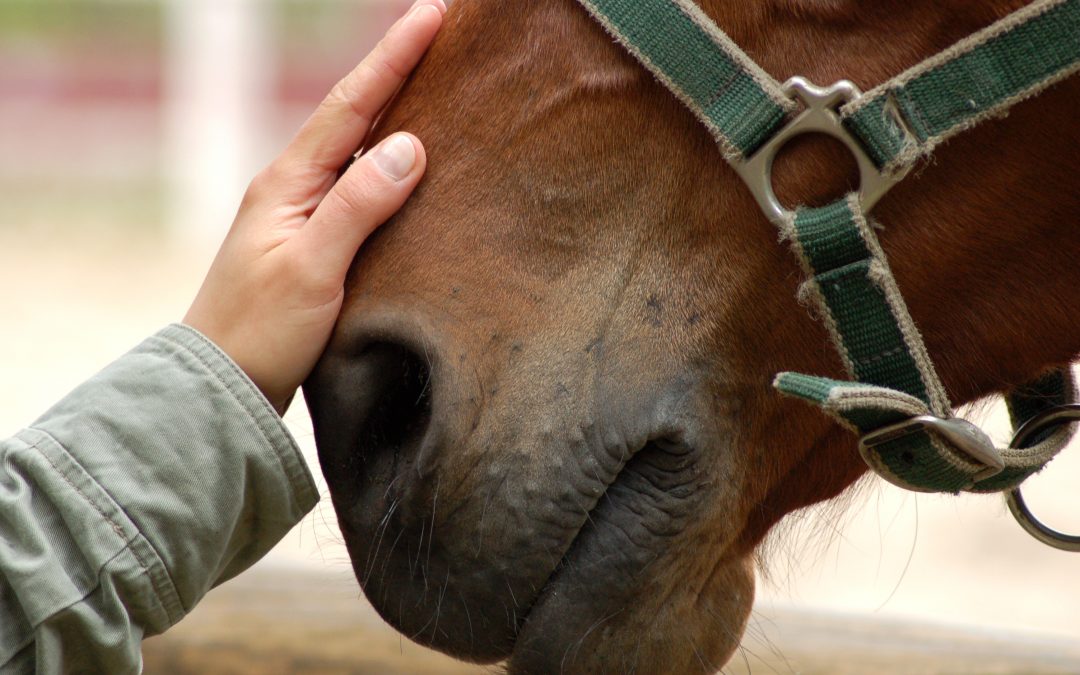 “There’s something about giving up that actually empowers.” – Todd Pierce

All of my life, I’ve been known as the horse girl. If you talk to anyone who has briefly known me, they will probably say I like horses. My first memory of being around a horse was when I was about three or four years old. Some horses lived in a pasture down the street from our house, and my parents would take my brother and me down to pet them.

Unfortunately, one of the horses bit my brother on the ear and me on the top of my head. For some people, having a horse bite you may be a good reason to avoid them, but it had the opposite effect on me.

It’s something I can’t really explain, it just didn’t bother me.

As I started following Jesus during college, God began to shape my love for horses in an interesting way. I began to notice how there are parallels between our relationship with God and a horses’ relationship with its trainer or rider. I’ve seen and heard things from different trainers that have helped me see my relationship with God differently. One of the best and most beautiful examples I have found is a video from Riding High Ministries. This video shows Todd Pierce, a horse trainer, working with a horse and using it to point people to Jesus.

I love how he works with the horse and presents such a powerful picture of what it looks like for us to come into a relationship with God through Jesus. There is so much you can get out of watching this video.

The video starts with this horse nervously running circles around Todd. Todd talks about how so many of us are like this horse. We think if we just run in circles, we can ignore God as He stands in the middle waiting for us. Eventually, we’re all faced with a choice. We can keep running around, refusing to turn to God, or we can surrender our lives to Him.

Over time, this horse decides to turn toward Todd. He gives up and surrenders. The rest of the video is a relatable picture of what it looks like to surrender. It’s not always easy, and sometimes it’s extremely uncomfortable.

Because God Loves You

You’ll notice at one point in the video that the horse doesn’t want to let Todd go on his right side. When Todd moves his hand toward the right side of his face, the horse pulls away and shakes his head.

Slowly and gently, however, Todd is able to get to his right side. With each step Todd makes in the training process, the horse wrestles with wanting to let him in, and its instincts are to protect itself. Todd keeps pushing this horse and making him uncomfortable.

“Because I love him, I have to get into these spaces.”

Because God loves you, He has to get into those spaces you don’t want Him to see. Maybe it’s something from your past that has left you frightened and scarred. A sin that you don’t want God to see, either out of shame or because you still kind of enjoy it. Or a part of your life that God wants to take control of, but you’re not ready to give it to Him.

He loves you, and He refuses to leave you. He has to be able to heal those wounds. Allow Him to root out sin and have complete control over your life.

From my personal experiences, it’s not always fun to let God in. When I see that horse jerk his head back in fear, resisting Todd’s hand, I see myself several years ago when God asked me to surrender specific things in my life. It was hard to give God control over something significant, but God showed me that my identity is in Jesus alone.

He took my love for horses and reshaped it in a way that glorifies Him. When I see Todd’s compassion for this horse as he struggles to give up, I felt the struggles with sin in my own life.

This is what it means to be in a relationship with Jesus. It can be uncomfortable at times. But when you fully embrace it, it can be truly beautiful and even powerful.

Surrender is Not Easy. But It’s Worth It.

To some people, this submission can look like weakness. Some people will watch him put the saddle and bridle on and think, “Oh, he’s broken the horse. He’s taking away its freedom and power.”

We live in a culture that doesn’t want someone to tell them what to do. If you do what someone tells you, like submitting to God, you’re weak and that’s a bad thing.

As Todd demonstrates with this horse, surrendering to the right person can actually set you free. I think there are several reasons why we don’t like the idea of submission and surrender. Part of it, as Todd points out, is just because of our sinful nature. There is just something in all of us that can’t allow God to be in control.

The truth is, when you give up and surrender to God, you’ll find that it’s the best thing you could possibly do. It’s not easy. It’s not always going to be comfortable. But if you stick with it, you’ll see over time that it’s completely worth it.