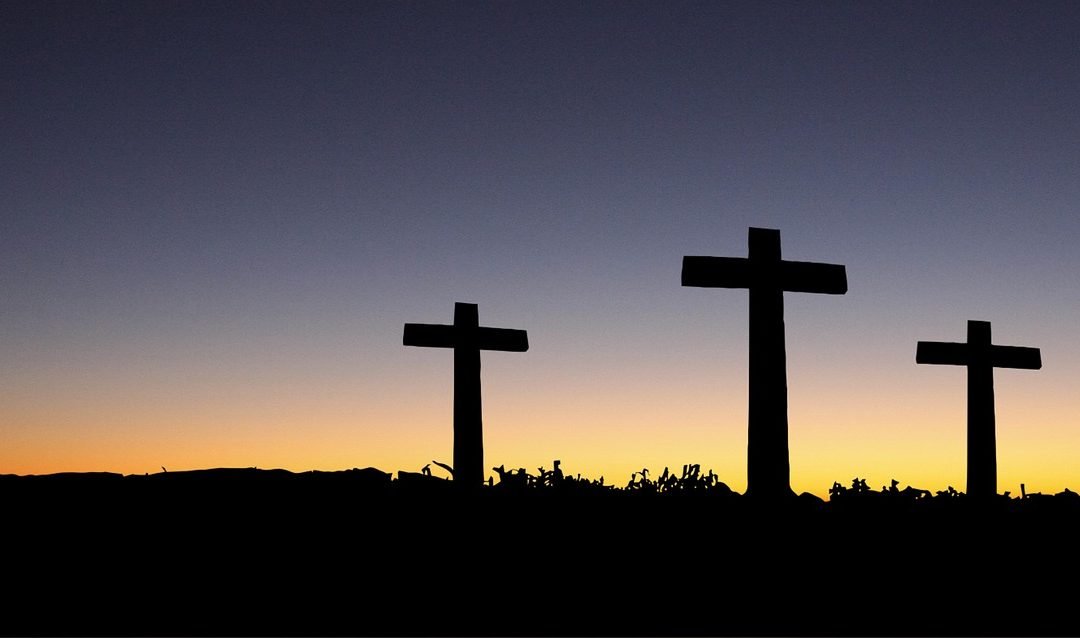 “When he had received the drink, Jesus said, ‘It is finished.’ With that, he bowed his head and gave up his spirit.” John 19:30

Think back to the terrorist attacks of September 11th. Do you remember how the massive pile of rubble, molten steel and unrecognizable human remains became a focal point of terror’s evil? Remember President Bush ascending a rubble pile with a fireman, and with bullhorn in hand proclaiming for the world to hear our Nation’s resolve, our determination to bring to justice those who were responsible for that horrific attack? That section of destroyed land was referred to over and over again as “Ground Zero”.

God is perfectly holy, and His justice demanded punishment for sin. The complete wrath of God was poured out against the rebellion of man, at the cross where Jesus suffered and died for OUR sins! It was there that the justice of God was satisfied through the Lord’s sinless sacrifice.

This is where we see the divine paradox of the cross. In that very moment, God unleashes His unbridled punishment of sin but He also reveals His greatest expression of love, mercy, and grace! (Romans 5:8) God the Father gave His Only Son to die so that we don’t have to… this is grace defined! Yet grace is further revealed in the reality that Jesus was not an unwilling sacrifice. He freely laid down His life to pay your death sentence and mine!

O, what a Savior! We are redeemed by the blood of The Lamb!

The ultimate Ground Zero: Jesus died once for all who will surrender to Him.