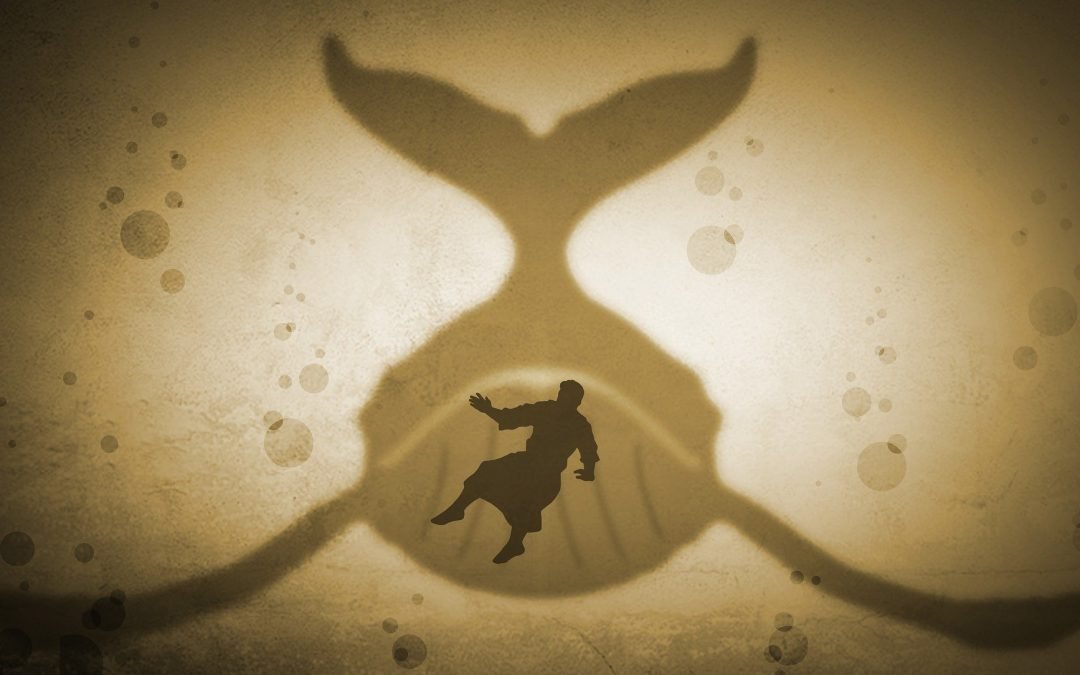 We don’t know a lot about Jonah. When we first meet him, the Lord speaks to him and asks him to perform a very specific task. We read in verse 3 of Chapter one, “But Jonah…” Obviously, this task was unpleasant to Jonah and as a result he disobeyed and fled to Tarshish. He decided to go the opposite direction from where God had called him to be. You see, Nineveh had a problem not much different than what our country has today. Their sin had reached a point where the wrath and judgment of God was on its way. Within 40 days Nineveh would face the consequences of their choices and sin.

But God… sent His messenger Jonah to let them know what was about to happen. But Jonah knew something about God that he often ignores throughout his interaction with all parties involved. The mercy of God. But more on that in a moment.

The crew is your average everyday shipping crew. They are going about their life doing what they do every day. Taking cargo from one place to another, making a living, and providing for their families. On this day something significant was about to happen.

Jonah boarded the ship possibly in disguise or just simply trying to keep from being noticed by anybody. As  the ship set sail, things begin to change dramatically. A huge storm overtakes the ship and this weathered group of men begin crying out to anything or anyone that could possibly save them. But who could possibly save them? All their idols, false gods and world views weren’t enough. In fact, things got worse.

Only God could help them. And as providence would have it, His representative was on that ship… somewhere. Actually, he was deep within the ship trying to hide from God and man.

Back on deck, the crew threw everything overboard they could think of to try to save the ship. Think about that for a moment.  Everything that they were entrusted with by their clients was now lost and destroyed.  Their shipping careers were most likely over. Afterall, who would want to use a carrier that willingly destroyed all that cargo.

And yet, the storm raged on. After casting lots they discovered that Jonah was the reason for all of this. They even tried to save him by not listening to him about throwing him overboard. And again the storm worsened. Finally out of desperation they pleaded with God for mercy and threw Jonah overboard.

From the moment Jonah boarded the ship he could have been God’s message of love and mercy. Here were a bunch of men who seemed rough and tough on the outside, but when faced with overwhelming circumstances, they clearly welcomed and even worshiped the God of Jonah.

Then the men became extremely afraid of the Lord, and they offered a sacrifice to the Lord and made vows. Jonah 1:16 (NASB)

Instead of experiencing a God of mercy, they met a God of wrath. Jonah knew that God was a God of mercy and yet kept silent on the matter from the moment he boarded this ship. How often do we keep silent amongst those who we pass by everyday?

We all know what happened next. Jonah is swallowed up by a really big fish. After 3 days and nights, Jonah came to his senses. He prayed. He returned to the God he knew to be merciful. Even in the midst of extreme disobedience, Jonah knew God would forgive and restore him. And He did.

Then the word of the Lord came to Jonah (a second time). This time Jonah obeyed. Reluctantly, but he still obeyed. With the fresh experience of the mercy of God on full display in his own life, Jonah spent 3 days (20 – 30 miles each day)  walking across Nineveh. With a population of 120,000 (about the size of Columbia, South Carolina), Jonah simply repeated what he heard from God. “In forty days, Nineveh will be overthrown!”. No mercy, no grace, just straight judgement.

We don’t know if Jonah had any previous issues with Nineveh. Perhaps they were the political party of the day he didn’t like. Or maybe, the people of Nineveh identified as something he didn’t approve of. Or perhaps they were just a bunch of ignorant people that didn’t really strike him as worth much. We don’t know. But we do know that he delivered God’s message with zero compassion, grace or mercy. I can almost see a gleam in his eye that he can’t wait to see this place laid waste in the next 40 days. They will surely get what they deserve.

The amazing thing is that Nineveh repented. God relented.

I bet it was a sight to see cows, dogs and cats in sackcloth.

What if Jonah approached the city with the fresh experience of mercy he had just received. What if, as he shared the message of God’s coming wrath, he also shared with them His amazing mercy and love. Jonah could have explained that repentance was indeed required, but that the cows, dogs and cats weren’t required to wear sackcloth. He could have shared with them his own experience and intimate knowledge of God’s mercy. But he didn’t.

As I look at the world around me, there are well meaning Christians that have all but become what God has called them to. I am forgiven so that I may forgive. I am shown mercy that I may show mercy. I receive grace so that I may give grace to others. I am loved by God so that I might become love to others. After all, isn’t that what it means to be created in God’s image. If God is love, then let us also become love. The world desperately needs it.

Is God saying the same thing to us today? Does Jonah 4:11 not apply to you and I?

Should I not also have compassion on Nineveh, the great city in which there are more than 120,000 people, who do not know the difference between their right hand and their left, as well as many animals?”

If you listen closely enough, you might even hear the echo from the cross saying much the same thing. “Father, forgive them; for they do not know what they are doing.” 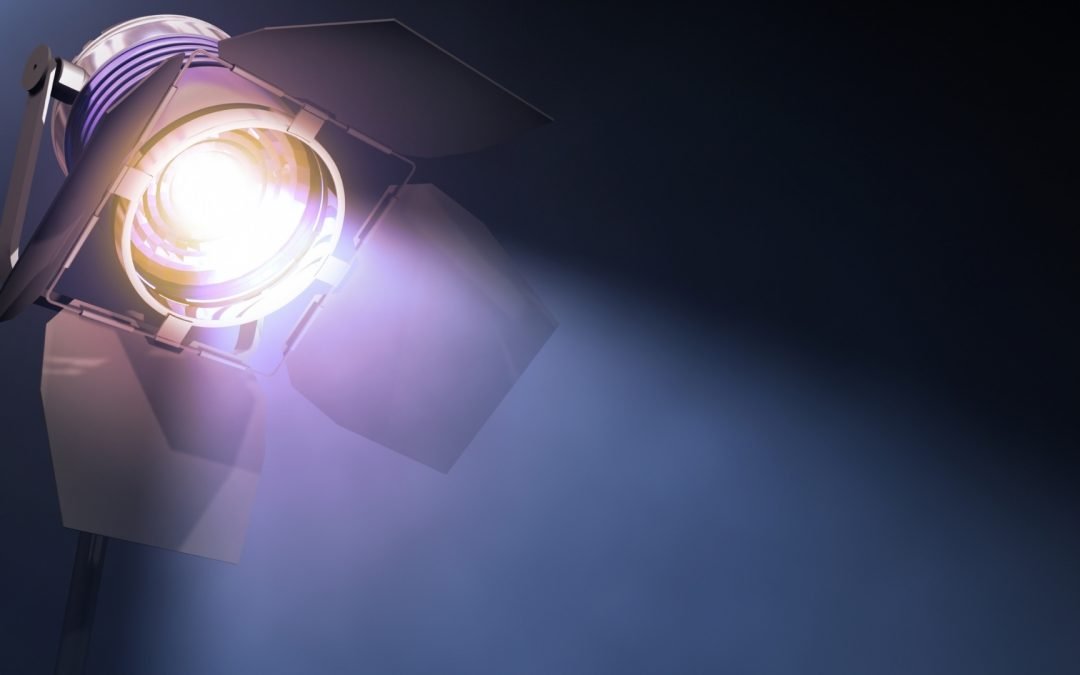 Examined In The Light

But you are a chosen people, a royal priesthood, a holy nation, a people for God’s own possession, so that you may proclaim the excellencies of Him who has called you out of darkness into His marvelous light; for you once were not a people, but now you are the people of God; you had not received mercy, but now you have received mercy. 1 Peter 2:9-10 (NASB)

What an amazing privilege to be called out of darkness into the light. We literally have changed family blood lines. We have been given the right to become children of God. We are no longer sinners judged and condemned under a legal code that made it impossible to have an intimate relationship with God. We are now called sons and daughters of God. We have a standing invitation to boldly and confidently approach His throne of grace. So let’s approach His throne now. Will you join me?

I’ve been a Christian for over 35 years. Over the last four to five years, God has been reshaping my belief system. He and I have been on a journey of rigorous honesty – examining my life under his light. More specifically, looking at my life, then looking at the life of Jesus and discovering where we differ… then taking decisive action to begin looking more like Jesus.

I found some fun questions to ask along the way. Would the words I use fit in the mouth of Jesus? Would Jesus drive the way I do? Would Jesus have the same guttural response when certain politicians, criminals, actors and the like suddenly appear on TV? Would Jesus give my spouse the silent treatment or bristle just because he was tired, irritated or grumpy? Would Jesus be grumpy?

Where it all started

Now before I lose you to the famous excuse “that’s because He is Jesus,” step into the light with me for just a moment. All of us were born into a fallen world with a sin nature; sinners indeed. What we were created to look like disappeared when Adam and Eve took that dreadful bite. When sin got done with Adam and Eve they looked nothing like their created design. The intimacy of walking with God in the cool of the day was interrupted.

Where it all finished

Then Jesus came. He left everything behind. Entered the womb of a woman. Spent nine months in the very place he has knit together generations of men and women. He was born under a tyrannical government bent on eliminating Him and preventing Him from accomplishing the very purpose for which he came. To seek and save that which was lost (Luke 19:10 – NASB).

You see, Jesus isn’t the way to heaven. He is the way back to the Father. From the moment he is introduced in the book of John, we are given hope of a restoration back to… the very relationship that was lost in the garden. John 1:12 (NASB) states: “but as many as received Him, to them He gave the right to become children of God, to those who believe in His name,”. Not to mention all the mention of light in the first 10 versus alone.

What we don’t examine may be killing us

This journey into the light has led me to examine statements like:

All this is predicated on the fundamental belief that I am deeply flawed and bring little to no value to this relationship with my heavenly Father. Yet the fundamental flaw is not in me, it is in my belief about me. After all God’s view of me is something quite different.

According to Him I am holy, blameless and above reproach (Col. 1:22 – NASB). I am referred to as His inheritance. There is something unmistakably valuable in me that God finds desirable. As I continue to step into the light, I’m starting to see that rigorous honesty is not just about looking at flaws and imperfections. It is about looking at myself the way God sees me.

This is where walking in light can actually be an enjoyable process. Instead of fearing what God may uncover that displeases Him I’m beginning to see what He finds valuable. I’m seeing myself as a son the most high. I am seeing myself as part of a family and my desire in that role is to honor the Head of this family.

So join me in the light. You may be delightfully surprised at what you find as you look at yourself from His perspective.